How Real Are the Weddings on Netflix’s ‘Love is Blind’

Two years after Netflix’s “Love is Blind” premiered, many still wonder if the weddings they saw on the show were legally binding.

Finding true love never gets old! Although many will go to the ends of the world to find their soulmate, one can’t still help but wonder, is love truly blind?

Thanks to Netflix, the answer to that question is now known. Over the years, various shows on TV have shown how people metamorphized from strangers to friends to lovers. Netflix did one better; they showed the world that two people who have never seen each other could fall endlessly in love.

QUICK RECAP OF THE SHOW

As the name suggests, “Love is Blind” was a social experiment that showed love could indeed be blind. It centered on about 25 strangers who met in a pod, dated, and only got to talk to each other through a wall.

These strangers were to make connections, fall in love, and get engaged in about a month without knowing what the other person looks like.

Although the idea might have sounded insane to some, it worked! At the end of the show, four couples got to the altar; however, two made it through and walked down the aisle, while the other two had cold feet and broke things off.

Years after the show, the couples that made it through, Amber & Barnett and Cameron & Lauren, are still very much together.

To describe Cameron and Lauren’s love as a case of “love at first sight” would have been perfect; however, it wasn’t so because although these two kicked things off almost immediately, they never saw each other until after Cameron proposed.

Regardless, viewers could see from the beginning how they both gelled instantly and how much they connected from the first time they spoke. It was clear that the energy was there, and it was almost as if they were made for each other.

While others left their minds open for the possibility of finding someone else they connect with, these two knew that they couldn’t connect with anyone else in the experiment the way they did with each other. They were perfect for each other.

By the end of the experiment, Cameron knew who his bride was going to be, and Lauren couldn’t be more sure she had found the one. So when her prince charming knelt on one knee and asked if she would marry him, she said yes without skipping a heartbeat; all these happened while they blindly had no idea what the other person looked like.

Unlike Lauren and Cameron, Barnett and Amber were one suspenseful duo. Even though many saw that these two hit things off from the start, Barnett also connected with two other women on the show.

However, it became clear after a while that it was either Amber or no one else for this eligible bachelor. After proposing to Amber, there was no going back. The two walked down the aisle in front of family, friends, and loved ones and haven’t looked back.

ARE THE WEDDINGS REAL?

One question that has remained on the lips of the fans of the show has been, are the weddings on “Love is Blind” real and legally binding?

Unlike some shows that have faked weddings between contestants over the years, the “Love is Blind” cast actually married in real life.

For the “Love is Blind” reunion, which happened after the show, Lauren and Cameron confirmed that theirs was indeed a real and legally binding wedding. Lauren also stated that she initially had her fears, especially after knowing that there was no going back after saying “I do.”

LIFE AFTER THE SHOW

Since the show ended, the couples — Barnett and Amber & Lauren and Cameron —  have led amazing lives, one they often show off on their respective social media pages.

Barnett and Amber are often seen sharing vacation images on Instagram. The couple seems so in love in these posts, and they always make sure to show off their goofy self to the world.

Lauren and Cameron are also not left out in showing off their unique love to the world. Thanks to the show, these four found the loves of their lives.

“LOVE IS BLIND: AFTER THE ALTER”

Two years after the show premiered, Netflix has released the trailer of a spin-off, “Love Is Blind: After the Altar.” The new show will shed more light on the contestants’ lives and give fans a glimpse of where they are now.

In the teaser, Jessica joked about how her life crashed and burned in front of the world and fellow contestant, Diamond Jack, mentioned that:

Altogether, “Love Is Blind: After the Altar” promises to be lots of fun, and let’s not forget; lots of drama too! It premieres on July 28 on Netflix. 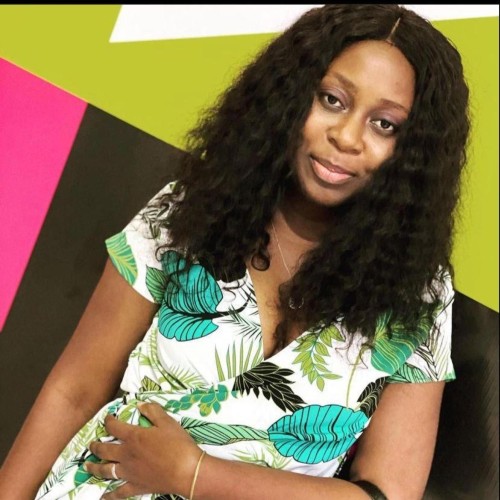 Was Traci Braxton Sick? Details About the Late Actress’ Death

Likely Reasons Why Kelly Clarkson Is Leaving “The Voice”

What Caused Mike Hagerty’s Death? Some Details About The Late Actor

A Detailed Review of the Top Four Kelly Clarkson Songs

How Old Was Julia Roberts In Pretty Woman? 5 Things You Didn’t Know About The Iconic 90s Movie

The Cast of the Jamie Foxx Show: Where Are They Now?

What Is Tyler James Williams’ Net Worth? Four Things About the Actor

How Tall Is Mel Gibson? Three Facts About the Hollywood Veteran

Was Traci Braxton Sick? Details About the Late Actress’ Death

Likely Reasons Why Kelly Clarkson Is Leaving “The Voice”